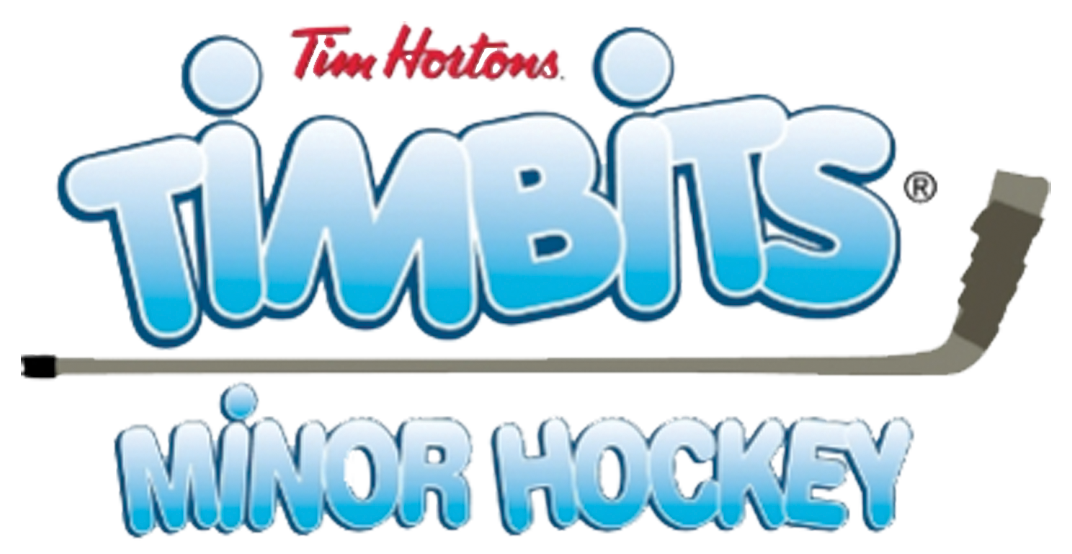 Thanks to our sponsor Tim Hortons, Hockey Calgary is able to run the Timbits Program which is a developmental league for kids aged 5 and 6. With the sponsorship dollars received from Tim Hortons, Hockey Calgary is able to purchase jerseys, host the Timbits Jamboree, purchase pucks, provide each player with a Timbits Medal and operate a learn to play hockey program for first year Timbits players.

The Timibits program is a mandated program in Calgary for the Initiation division for 5 and 6 year olds. The program focuses on skill development and the FUNdamentals of the game for the players, coaches and parents. On average there are over 100 teams that make up the Timbits Age Category in Zone 9– Hockey Calgary.  The Timbits Program and its rules and regulations are all outlined within the Timbits Program Guide.

How do I register for Timbits Hockey?

Any time a team plays an exhibition or tournament game, the team must request permission by submitting the "Play an Exhibition Game or "Play in a Tournament" form using their Hockey Calgary Team user account.  No games and or tournaments are permitted before November 15th for Sr teams and November 30th for Jr teams.  Each Timbits team is permitted to play a maximum of 16 games if they are in the Junior Division and 20 games if they are in the Senior division. 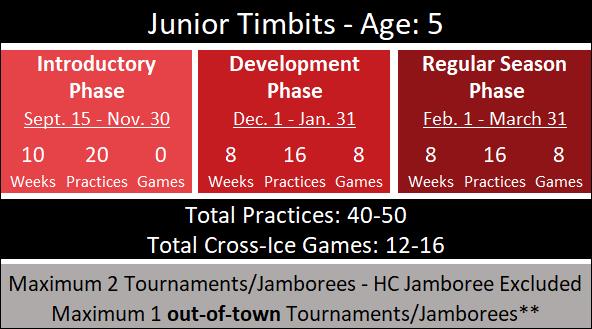 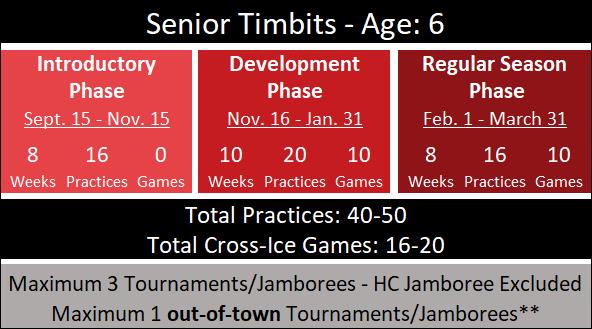 Thanks to Tim Hortons, each player in Timbits receives a Timbits jersey that they get to wear for the season.  The jerseys must be worn during each practice, game and tournament that the team takes part in.  No name bars and or sponsor bars are permitted on the jerseys.

Each year Hockey Calgary puts on a Timbits Jamboree. This event is a celebration of Timbits hockey and its attributes. The Timbits Jamboree is a family orientated day where families can enjoy the success of the season.  Each player who attends the Jamboree receives their Timbits Medal, honouring each player for a job well done as well as a gift from Tim Hortons.

Player, coach and parent development are at the forefront of Hockey Calgary’s mandates relating to hockey development in Calgary. As a result, Hockey Calgary has developed a Timbits Learn to Play Hockey Program. The purpose of this program is to educate parents and coaches on the importance of skill development, while introducing first time players to the game of hockey. This new initiative is a partnership between Tim Horton’s, Hockey Calgary and the 16 community associations within Calgary.

Thanks to Tim Horton’s 320 first time hockey players and parents will have the opportunity to experience Hockey Calgary and its initiatives first hand. There is no cost to parents, participants and/or coaches to take part in this event. Thanks to Tim Hortons sponsorship with Hockey Calgary, we are fortunate to be able to host events such as the Timbits Learn to Play Hockey Program.

If you are new to Timbits Hockey and would like to take part in the Timbits Learn to Play Hockey Program, please contact your local association's Timbits Coordinator.